The NKRA is grateful for the support provided in the 4th Street park by our park sponsors PAM GOLDING PROPERTIES and VISION TACTICAL SECURITY.

On Saturday 28 September 2013, residents of all ages gathered in the 4th Street Park to celebrate the centenary of Killarney-Riviera. 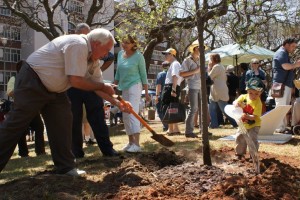 .
.
It had been resolved at our public meetings to declare 1913 the Centenary Year of Killarney-Riviera. This choice is based on the fact that, as far as we can tell, the area was proclaimed a township in 1906, but the construction of the first home was seemingly started only in 1921, and completed and occupied only a few years later. The original TAC and the film studios were built somewhere in between. This gives a mid-point of about 1913/1914, but 1914 is a World War One centenary year as well as an election year, so we settled on 1913.

We began by unveiling a Heritage Plaque at the top of 2nd Avenue, corner 5th Street, which is the original site of the main entrance to the Transvaal Automobile Club. A stone plinth was specially constructed in the gardens of Hanover Gate, and it received many compliments. The plaque was unveiled by Mr John Brick, a long-time committee member of the Killarney Country Club who lived in Killarney as a child, and who was a member of the TAC in the days when it was still in Killarney. We thank him for doing us this service, and for the interesting talk he gave about “the old days”.

We then moved to the Park to plant our symbolic Centenary Tree. We had chosen an indigenous tree called a Wild Peach, which was sponsored by Pam Golding Properties. The planting of this tree commemorates the people who planted our existing mature trees for us long ago, and symbolises our own gift of many new trees to the future residents of our suburb. Next to the tree we erected a commemorative plaque, which was unveiled by Mr Herbert Prins of the Egoli Heritage Foundation. In his speech Mr Prins, a heritage specialist and a long-time resident of Killarney, highlighted the importance of recognising and preserving the heritage of the past, as well as the importance of creating “future heritage”. We thank Herbert for his participation in this event, and for his valuable support over the years,

After the tree-planting we undertook a brief Heritage Walking Tour to visit Gleneagles, Mentone Court and Daventry Court. Ms Ruth Kuper, chairperson of Gleneagles, gave a very interesting talk to about 35 visitors in the lobby of her beautiful building. Mr Herbert Prins gave the talk at Mentone Court, and Mr Boris Gorelik gave us a talk at Daventry Court.

We thank all the local businesses that took part in the event – Pam Golding Properties, Ocean Basket, RCS Security, Killarney Toyota, Mantis Security and Lew Geffin Sotheby’s. We especially thank Kayte Denham of Pam Golding Properties, who planned and managed most of the event in the park, as well as our very supportive ward councillor Marcelle Ravid, who gave a speech and who shovelled in the first spade of soil at the tree-planting (and the second, third and fourth spades as well.)

We look forward to our bicentennial, in 2113.
.
.
.
Ms Ruth Kuper, chairperson of Gleneagles, addressing visitors in their lobby. 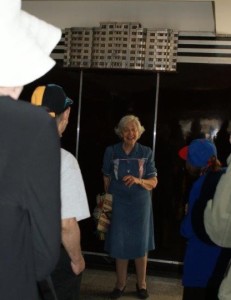 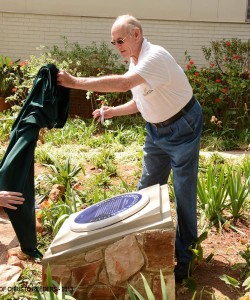 .
.
Mr Herbert Prins of the Egoli Heritage Foundation unveiled the Centenary Plaque beside the Centenary Tree in the 4th Street Park. 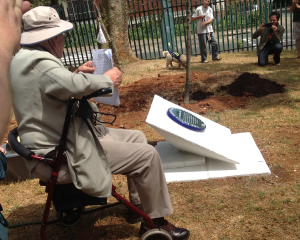 .
.
Mrs Amora Visser of Killarney Park won the Centenary Muffin Competition. As you can see, her muffins were in big demand. 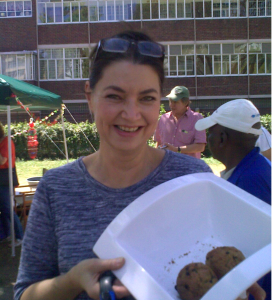 .
.
The TAC Heritage Plaque at the intersection of 2nd Avenue and 5th Street. 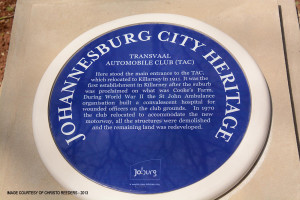 .
.
The green Commemorative Plaque at the western end of the 4th Street Park. 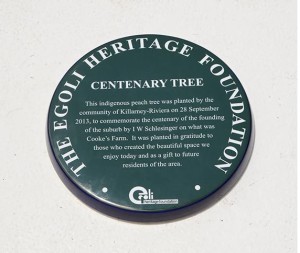 .
.
In addition to the Heritage Event, we will continue identify buildings that are old enough to qualify as Heritage Buildings. We will then assist them to apply for official heritage status, which entitles them to a rates’ rebate as well as protection of their valuable heritage aspects.

Any other building which has some “notable” history attaching to it, must also be helped to get a plaque commemorating that event or fact – such as a plaque at the Mall mentioning the film studios which once stood on that site. We need residents to assist us by bringing to our attention all these notable events and facts.